Creating an evidence-based resource for police and legal practitioners 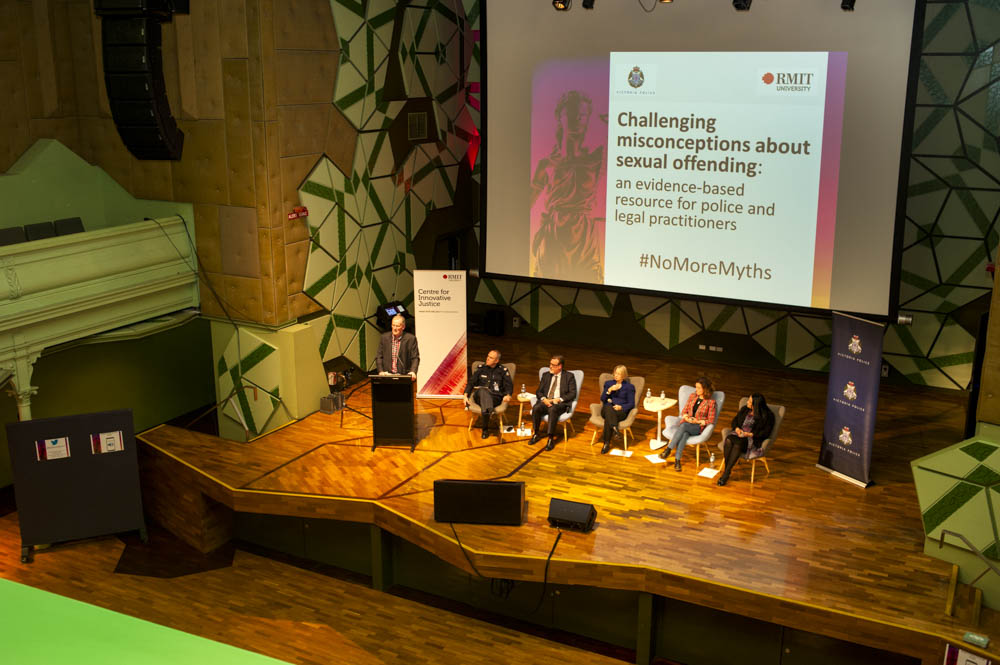 Challenging the myths and misconceptions of sexual offending panel.

Assistant Commissioner, Dean McWhirter of Victoria Police and the Director of the Centre for Innovative Justice at RMIT University, Rob Hulls, lead a panel discussion aimed at challenging the myths and misconceptions in relation to sexual offending.   Justice Jennifer Coate, a Commissioner of the Royal Commission into Institutional Responses to Child Sexual Abuse, spoke at the forum prior to the commencement of the panel discussion.  The panel included:

This timely forum took place shortly after the Royal Commission delivered its report on Criminal Justice to the Federal Government, and was aimed at utilising evidence about the nature and dynamics of sexual offending as opposed to the often asserted but unproven mythologies. On the same evening a valuable resource which has been developed by the Australian Institute of Family Studies (AIFS) in collaboration with Victoria Police was launched.