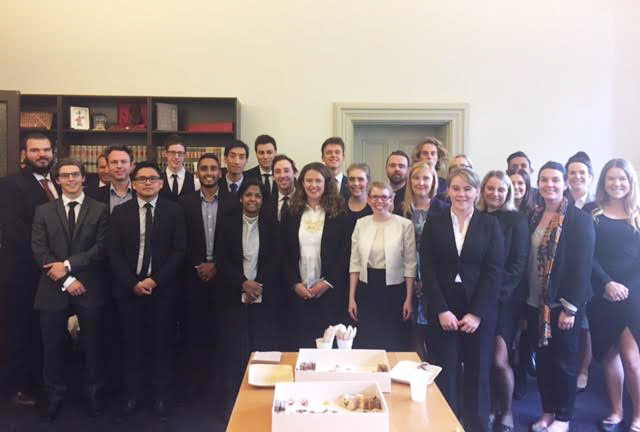 From the moment we entered the Supreme Court of Appeal, it was clear that the judges and staff saw our attendance as an opportunity to invest in the future direction of the legal profession. The internship was extremely well organised and structured providing a comprehensive insight into the machinations of the Supreme Court of Appeal and the Trials Division. A significant amount of time was afforded to us by judges and staff. Their commitment to ensuring that the internship was a rewarding experience was inspirational in the sense that it demonstrated the caring and mentoring culture of the legal profession.

Exposure to the diverse range of hearings that took place over the four days was invaluable. Two of the three hearings were criminal matters and the other was civil. The manner in which the appeals were argued by both parties was of particular interest, especially how the barristers interacted with the three judges at the bench. It was clear that the Supreme Court of Appeal judges were well prepared to hear the matters coming before them, to the point where it appeared they were alert to the strategies barristers were likely to deploy in their submissions. This was reassuring and demonstrated the integrity of the judicial process.

The most valuable lesson from this student’s perspective was that it is pointless trying to sell a dodgy car to a Supreme Court judge. The barristers in each matter put their best arguments forward dutifully representing their clients. The clarity of logical thought coming from the bench was strikingly apparent, leaving little scope for barristers to make headway by means of flamboyant advocacy skills supported by questionable legal principles or the cherry picking of facts.

The internship was inspiring, commanding all the respect the Court deserves.