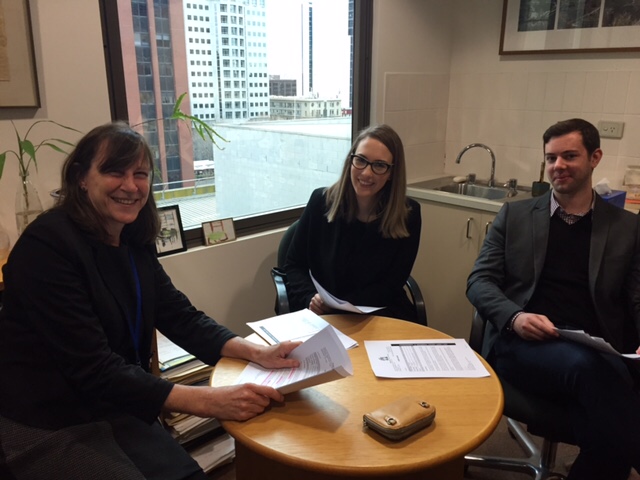 I recently read an article by American Professor, William P. Quigley entitled ‘Letter to a Law Student,’ where he quoted one of his students who stated that ‘the first thing I lost in law school was the reason I came.’ This quote heavily resonates with me, with the experience of undertaking a law degree diluting my initial career goals and aspirations to practice social justice lawyering. With such a high emphasis on your Grade Point Average and with success defined as gaining employment in a top-tier commercial firm, I questioned my future as a law student during the first-half of my degree. After consulting some wise individuals who insisted that the practice of law could not be more different from the drudgery of studying law, I heavily immersed myself in the practical application of law through various internships and voluntary positions, rediscovering my original motivation for studying law; the desire to help people who are most in need. Having now volunteered and worked in the community legal sector over the past two years my passion and commitment to act with and on behalf of those who are suffering due to societal neglect, social decisions or social structures and institutions has been strengthened.

Many of these opportunities have arisen through the Centre for Innovative Justice (‘CIJ’) including my most recent internship, having the privilege to shadow Her Honour Magistrate Ann Collins, sitting on the Assessment and Referral Court (‘ARC’) list.

What has been described as ‘a little patch of green,’ the ARC list is a progressive example of where therapeutic justice meets the judicial system to provide a positive intervention for offenders coming before the Courts.

By addressing offenders’ mental health, housing and addiction issues among others by establishing a support network around the accused to help rehabilitate them into becoming a functional member of the community, the Court significantly reduces the inappropriate incarceration of seriously ill offenders and provides them with an opportunity for change. This heavily contrasts to the penal approach of the mainstream court system. By addressing the multitude of factors underlying the cause of the offending, recidivism rates significantly depreciate, with ARC presenting a ground-breaking blueprint to help break that cycle.

However, despite having a success rate of around 80 per cent, the ARC List is currently only implemented in the Melbourne Magistrates’ Court, limiting its availability to persons who live within this catchment. Questioning Magistrate Collins on why this model is not implemented in regional Courts, it appears it is simply a matter of funding. Due to the ongoing supportive nature of the ARC List, offenders may be monitored for up to one year on a suspended sentence, appearing before the Magistrate monthly to assess the offenders progress and to provide any further support systems if necessary. Here, politics prevails over common sense, as the long-term reduction in recidivism and subsequently contact with the Courts and prison system clearly outweighs the costs of running the ARC List. Therapeutic justice presents a better financial model, irrespective of the clear societal benefits I observed.

I would strongly encourage all students undertaking a law degree to engage in such opportunities, as they offer an invaluable insight to the true workings of the justice system and may also introduce you to less conventional professional legal pathways.