If we were asked to design a legal system from scratch, it’s unlikely that we’d craft it to increase reoffending. 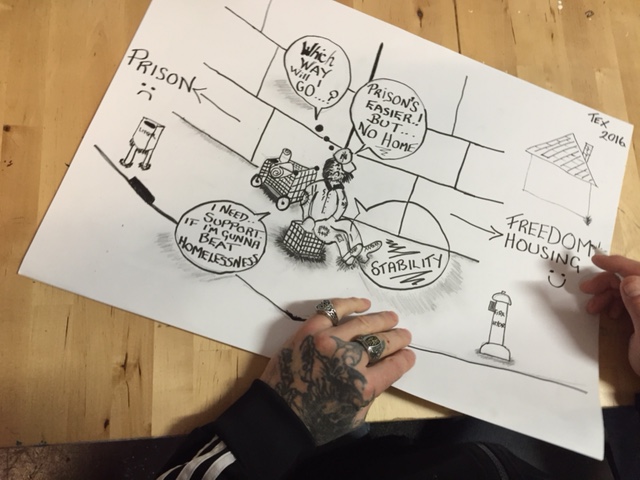 In the way that our justice system responds to certain members of the community, however, that’s exactly what we’ve done. From cops, through courts to Corrections, our legal processes are shaped in ways that entrench disadvantage and make it almost impossible for particular people to establish a life beyond the cycle of disadvantage and crime.

No group could be more vulnerable to this design flaw than people with Acquired Brain Injury. As Brain Injury Awareness week rightly highlights, ABI is often known as the ‘hidden disability’, acquired at some point in a person’s life after birth – either through traumatic injury, such as a car collision or violent assault – including family violence, or through chronic problems such as substance abuse.

Manifesting in a range of ways, ABI is one of a range of factors which make people more likely to come into contact with the criminal justice system and less able to comply with its directions once they do. In fact, research commissioned by Corrections several years ago revealed that 44% of men and 33% of women in Victoria’s prisons have an ABI – an extraordinary figure which should tell us that something is terribly wrong under the metaphorical bonnet of the justice system.

Few among the general population, after all, have a hope of understanding the complex processes and language of a courtroom. Few would not be intimidated by an interaction with police or frightened when flung into a cell. When the experience is compounded by cognitive impairment, by potential mental illness, or by the prior experience of victimisation to which we know that people with ABI are vulnerable, then this experience becomes even more alienating.

Yet many police do not ask or even understand what an ABI is; most courts lack flexible or appropriate sentencing options; and our prisons systems – confirmed by last year’s Ombudsman’s report as effectively operating in a disability environment – are ill equipped to respond effectively. As a result, people with ABI, like people with other forms of disability, are cycled in and out of the prison system – unlikely to comply with orders, unable to understand the process, released to homelessness and inadequate support which means they turn to offending to get by.

Governments are recognising that this makes no fiscal or social policy sense but they struggle to grapple with how to begin to undo this mess. This is why our Enabling Justice project – a partnership between the Centre for Innovative Justice and Jesuit Social Services – is using the voices of people who have an ABI and who have experienced the criminal justice system, to design better responses. Their stories – and their participation in a Justice Users Group (JUG), which puts their voices front and centre – help to identify tangible ways to make each interaction more constructive and effective.  A podcast with JUG members Kerry and John can be found here.

Many of these suggestions are specific to people with ABI. As Brain Injury Awareness week also highlights, however, only a small proportion of ABI is identified. This means that we have to design the entire system differently – assuming that, if someone has come into contact with the criminal justice system, they are potentially already vulnerable.

Given that we know this, we have to design a system that takes this knowledge into account. Doing so is not about making excuses or letting people off the hook. It is about recognising that the community is losing money from a system which, in far too many cases, cements the commission of further crime, rather than prevents it.

It is also about recognising that people with ABI need justice to function as a positive, rather than a negative, intervention in their lives – treating them with the dignity and offering them the hope that the rest of the community rightly expects.