Members of Woor-Dungin's Criminal Record Discrimination Project team have given evidence to a Victorian Parliamentary Inquiry on spent convictions. 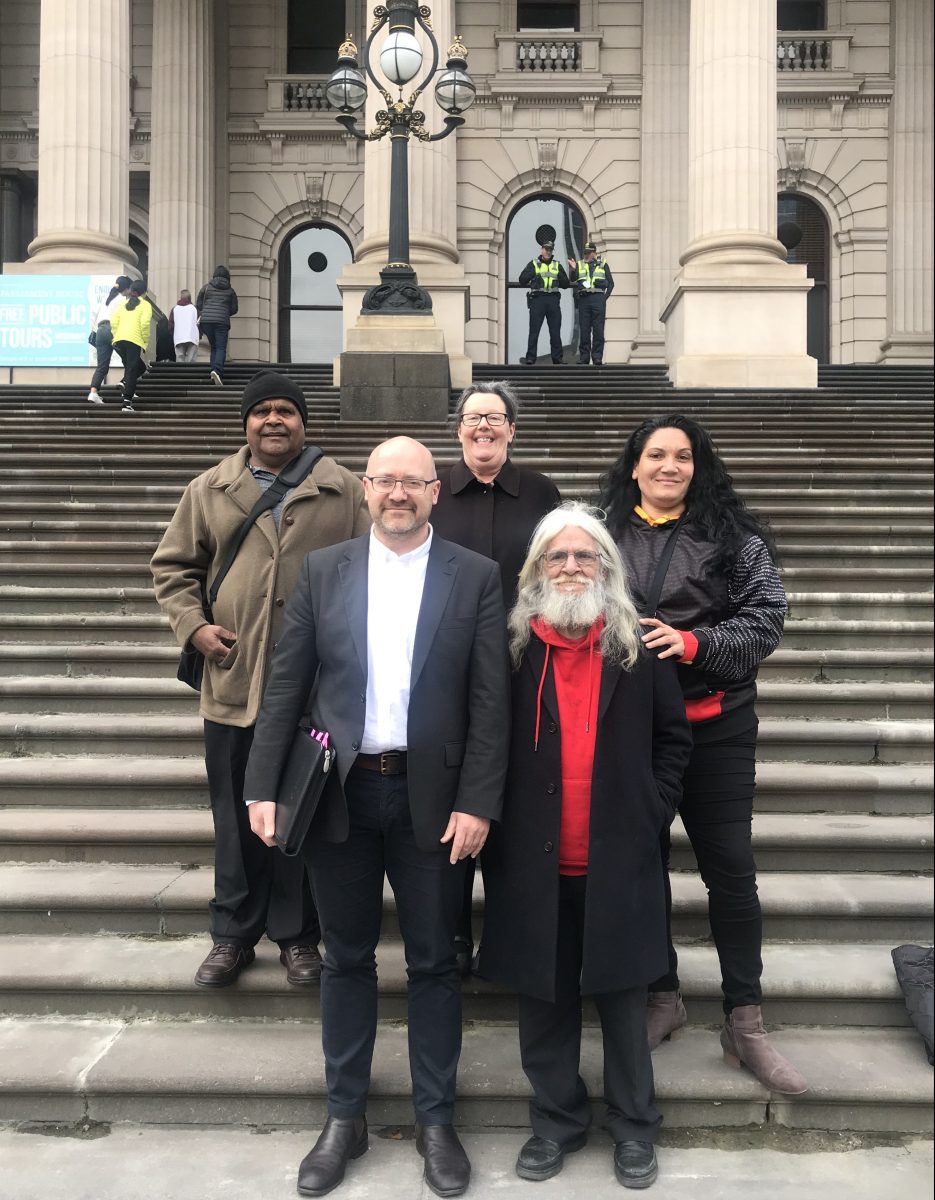 The Victorian Parliament’s Legal and Social Affairs Committee is holding an inquiry, chaired by Fiona Patten MP, into the need for a spent convictions scheme in Victoria. The Committee has been specifically tasked with inquiring into the impacts of criminal record discrimination on Aboriginal people.

Members of Woor-Dungin’s Criminal Record Discrimination Project appeared before the Committee in Melbourne on 1 July 2019 to speak about their recommendations for reform, as set out in their submission to the Aboriginal Justice Forum.

Woor-Dungin’s Uncle Larry Walsh, Wenzel Carter and Naomi Murphy gave the Committee powerful evidence of their own experiences of discrimination, stigmatisation and exclusion as Aboriginal people with criminal records.

Parliamentary Committee to travel on country

The Parliamentary Committee has also accepted an invitation from Michael Bell, Convenor of the Woor-Dungin Criminal Record Discrimination Project Advisory Committee and CEO of Winda-Mara Aboriginal Corporation, to join the project team and the community to learn more about the issue on Gunditjmara country in Heywood on 6 August.

Woor-Dungin and its partners want the Government to establish a spent convictions scheme and equal opportunity laws to ensure that old and irrelevant criminal history is not used unfairly against job seekers in Victoria.

“These are critical and long overdue reforms,” Michael Bell said.

“Employment is a self-determining factor in empowering Aboriginal people to grow and be resilient. We hope that by visiting us on country and hearing from community, members of this Committee will gain a greater understanding of how these laws are holding Aboriginal people back, and recognise the urgent need to bring about a fairer system for all Victorians.”

Members of the CRDP team Naomi Murphy and Wenzel Carter spoke about their own experiences as Aboriginal people overcoming barriers to employment as a result of past involvement with the justice system, and their cultural mentoring work.

Woor-Dungin established the Criminal Record Discrimination Project (CRPD) to improve justice and employment outcomes for Aboriginal people with criminal histories. The Project led to new laws being made in Victoria to expunge criminal records given to members of the Stolen Generation when they were removed from their families, an apology from the Victorian Parliament for this past practice, and last year won a national philanthropy prize and a human rights media award.

With support from RMIT and CIJ, Woor-Dungin is extending the Project’s work on criminal records and anti-discrimination reform, establishing the Aboriginal Ex-offender Employment (AEOEP) project to provide information and training to Aboriginal ex-offenders applying for employment in order to reduce the impact of criminal history-related stigma and discrimination.

You can find out more about upcoming workshops for employers and community members looking for work via the flyers in the Related Content section below.

RMIT is also hosting a twilight seminar on this work “Criminal Records, Employment Discrimination and Aboriginal Communities” on 22 August. 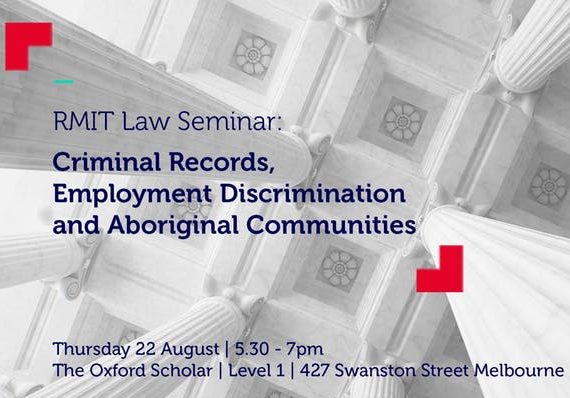 A workshop for employers looking to hire Indigenous staff.

A workshop for indigenous community members to hear about their rights and responsibilities of having a criminal record while job seeking.