Where are they now? David Mejia Canales

The CIJ catches up with past RMIT Juris Doctor student David Mejia Canales to find out what he's been up to. 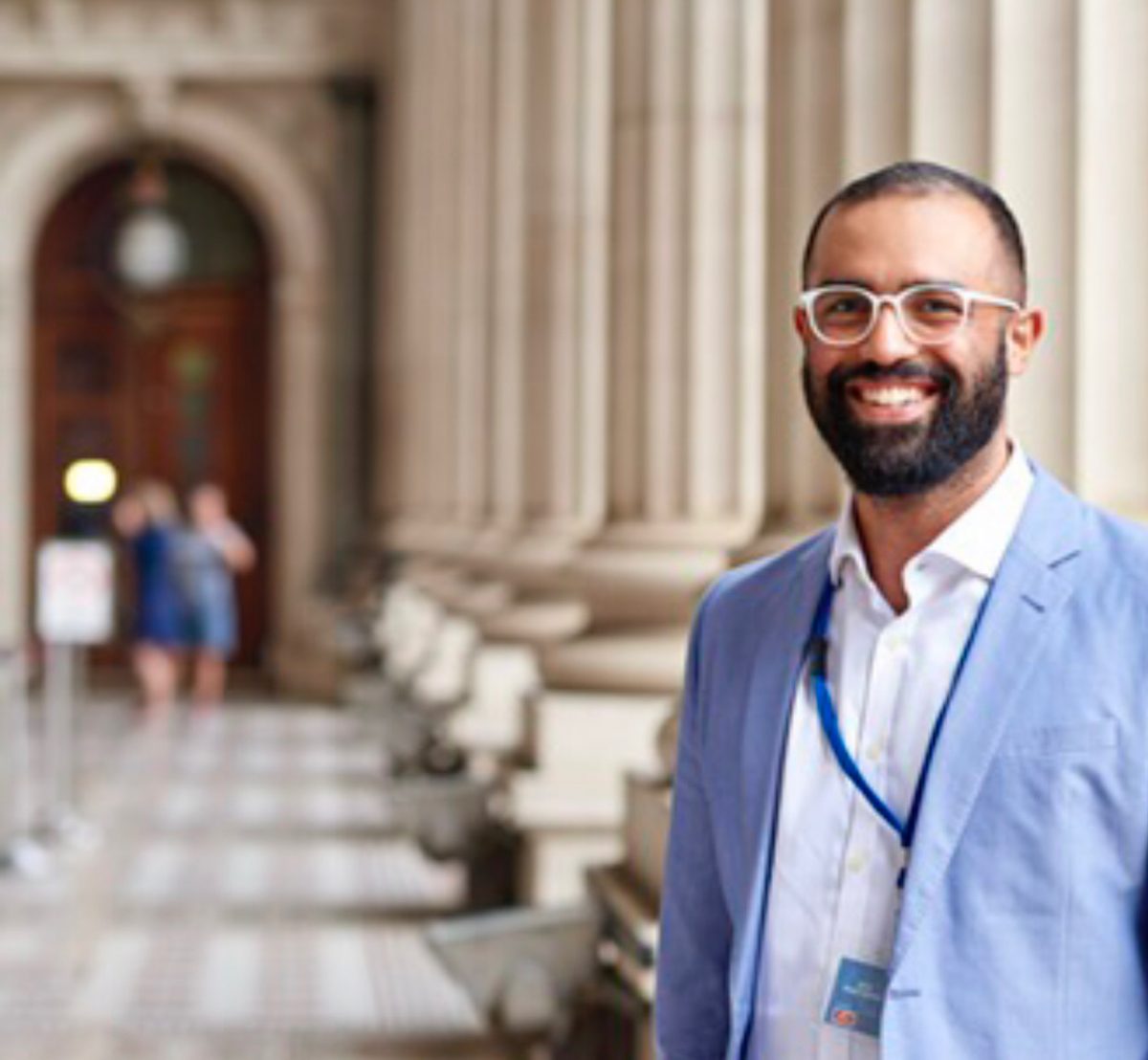 When did you graduate the RMIT Juris Dcotor?

Tell us a little bit about your career journey and why you decided to pursue a law degree?

A lot of people talk about having a career path, and I certainly have not had one of those, mine has definitely been a bit more of a journey. And not always in a straight line.

I’ve wanted to be a lawyer since I was in year 10 but life and circumstance always kept on getting in the way. I did my undergrad in anthropology and politics and then I went to work in community development in the public housing estates of inner Melbourne. After that, I worked on a big HIV prevention campaign in rural Aboriginal communities before finally biting the bullet and starting the RMIT JD. Once I finished my law studies I had a very, very brief stint in a law firm.

Six months was all I needed when I realised that working in a law firm was definitely not for me. I wanted to study law to be in the profession of law, not the business of law. I think that those two things are definitely not the same thing, in fact, they’re often in conflict with each other. I wanted to study law because I’m really aware that our legal system is a system of laws, it’s not a system of justice. I want to create a system of justice that serves all of us, I wasn’t going to do that in a law firm, not now or in a million years. With that firmly in mind I went off to work in politics and I became an adviser to a Member of the Victorian Legislative Assembly. That’s what I went to law school for – to change the system! I was helping draft laws instead of arguing about them. I also got to use the full weight and privilege of the Victorian Parliament to really create meaningful change in people’s lives and also in the quality of our environment. It was absolutely exciting but also exhausting.

I’m now working in the community legal sector as a senior policy adviser. My current role is two fold: strengthen the legal assistance sector so it can help those in most need; and campaign to end systemic injustice. I’m in my element.

How well did the RMIT JD prepare you for your career?

I have had a legal education that is second to none and the envy of many of my colleagues that went to other law schools.The RMIT JD’s small class sizes, flexible delivery, and practical focus that’s taught by a brilliant and dedicated faculty really make the program unique.The RMIT JD equipped me with a legal education that was based on solving complex problems with real world applications.The RMIT JD isn’t concerned with rote learning stuffy legal precedents but rather on finding innovative solutions to the real problems in our profession.

What involvement did you have with CIJ while studying?

I was very lucky to be part of a student placement organised by the CIJ with the Magistrates Court of Victoria. I was placed with a Magistrate in the Frankston and Melbourne Courts and I essentially followed him around while he did his work. This was such a phenomenal opportunity to see the law in practice in a way that can never be replicated in a classroom. This experience was one of the best university (and life) experiences I’ve had.I wasn’t just shadowing the Magistrate, he asked me to get stuck into the work of the Court. I helped the Duty Lawyers interview clients under the influence of alcohol and other drugs. I even sat with His Honour on the Bench while he deliberated. He also asked me to write a research paper suggesting how I would improve access to the court by low income people, based on my experiences. A truly brilliant opportunity.

If you had one piece of advice to give law students, what would that be?

Do not, under any circumstance, think that there is only one path to where you want to be. Working in a law firm is not the be all and end all of our profession even though law schools make it out to be. The profession is vast and there is room for everyone, particularly if you take the least travelled path. Speak to as many lawyers as you can about their paths into the profession and learn from them all. I didn’t get any clerkships at all, I didn’t even get rejection letters I was that far down the list, but it doesn’t matter. My legal career has been so much more fulfilling by blazing my own path to where I want to be. Blazing your own path is a lot scarier than going down the tried and tested way but believe me it’s a lot more rewarding.

Is there anything that surprised you about working in the legal sector?

Yes, just how white and male it is at the highest levels! Law school was just so much more diverse but the higher you go the more pale and male it gets. Women, people of colour, and Aboriginal people – we need you, the profession’s future belongs to you!