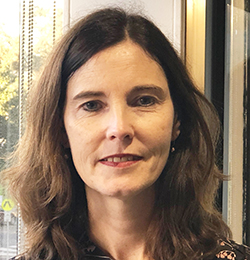 Megan Hughes is a lawyer, writer and policy adviser with experience working in the public, private and not-for-profit sectors.

She has worked on a number of significant justice and regulatory reforms, including the governance overhaul of a major sporting industry, the introduction of policies to promote greater diversity on Boards and a range of civil justice reforms with a focus on improving access to justice.

She has contributed to two of Victoria’s recent Royal Commissions as a writer, editor and researcher and also worked as a Board Secretary. In addition, Megan is an expert in racing law, governance and integrity, having advised racing bodies in Australia and Europe, most recently on animal welfare and social licence issues.

Megan holds a Bachelor of Laws (Monash University), Bachelor of Arts (University of Melbourne) and Masters of Business Administration (RMIT University). She has also worked as a journalist.

For the past five years, Megan has lived in Geneva, Switzerland with her family where she has consulted to a variety of clients in Australia and Europe as well as acting pro bono for human rights organisations representing the women of Iran in their quest to end a discriminatory ban on women attending sporting events in their country.