The CIJ hosted Victorian Ombudsman Deborah Glass for a discussion on her latest investigation into Victoria's justice system on 24 February 2016. 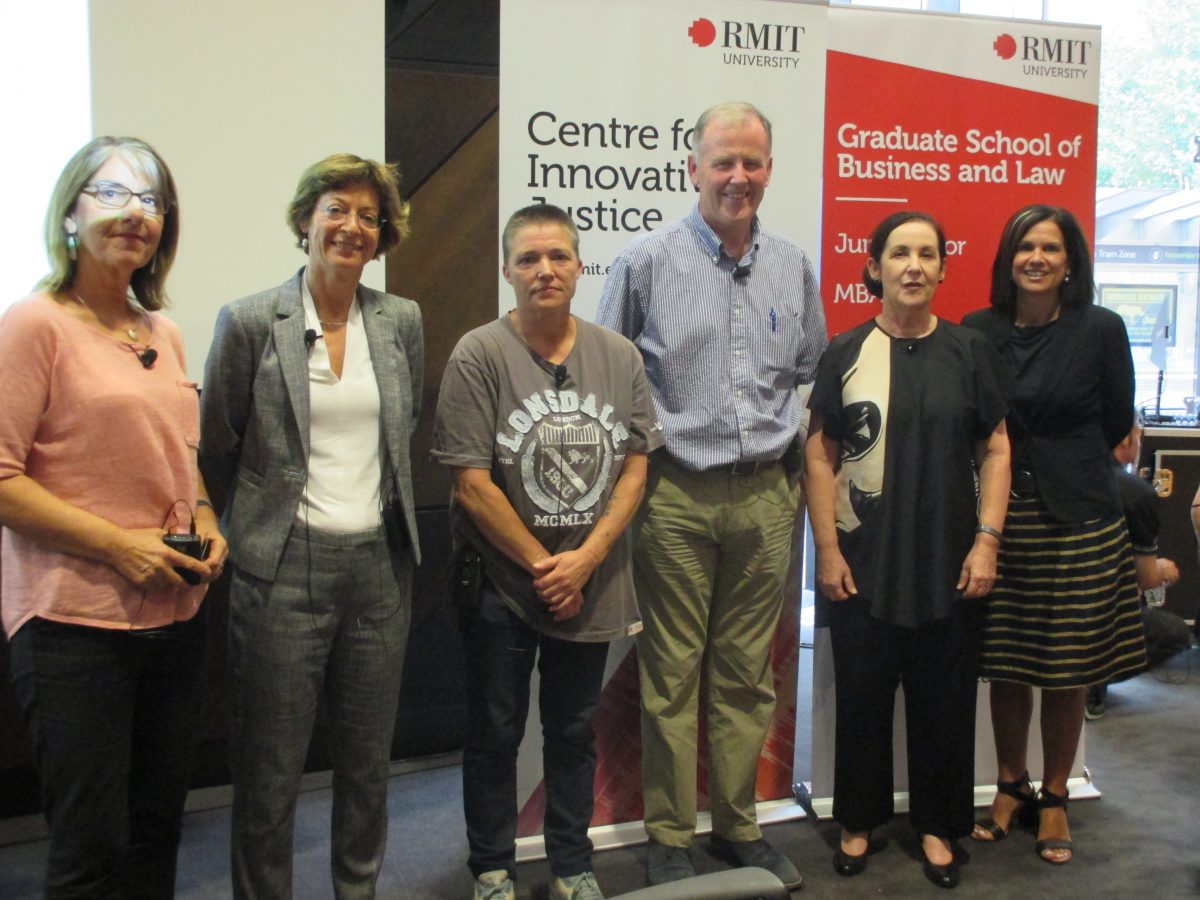 Ombudsman Glass’s report  covers  a range of important issues from rehabilitation and reintegration of prisoners in Victoria and her conclusion is clear: building more prisons does not ensure a safer community.

“What we are seeing is more and more people going in to prison and coming back there. Now that is not making us safer as a community.”

Glass recommended that justice reinvestment (the diversion of government spending from prisons into strategies and initiatives designed to reduce offending rates) could help to break the cycle of recidivism and increase community safety.

More than 300 people attended the event including magistrates, barristers, members of the legal, social and community sector and media, law and social work students.

Hulls asked the panel a range questions on the topics of overcrowding in prisons, links between disadvantage and offending, prisoner services, and support programs in jail.

He pointed that the ‘more than one billion dollars that we are now spending on prisons is money taken from other areas including hospitals, schools and public transport.”

To finish the session he asked each panel member to identify the key thing would help make us safer as a community. Former prisoner, Tracy Raeburn, had the last word.