A Federal Charter of Human Rights: Would it make any difference?

In 2016 CIJ was approached by the Human Rights Commission to conduct a project exploring and evaluating the impact that a federal Charter of Human Rights would have had on the outcomes of significant Australian cases and laws. 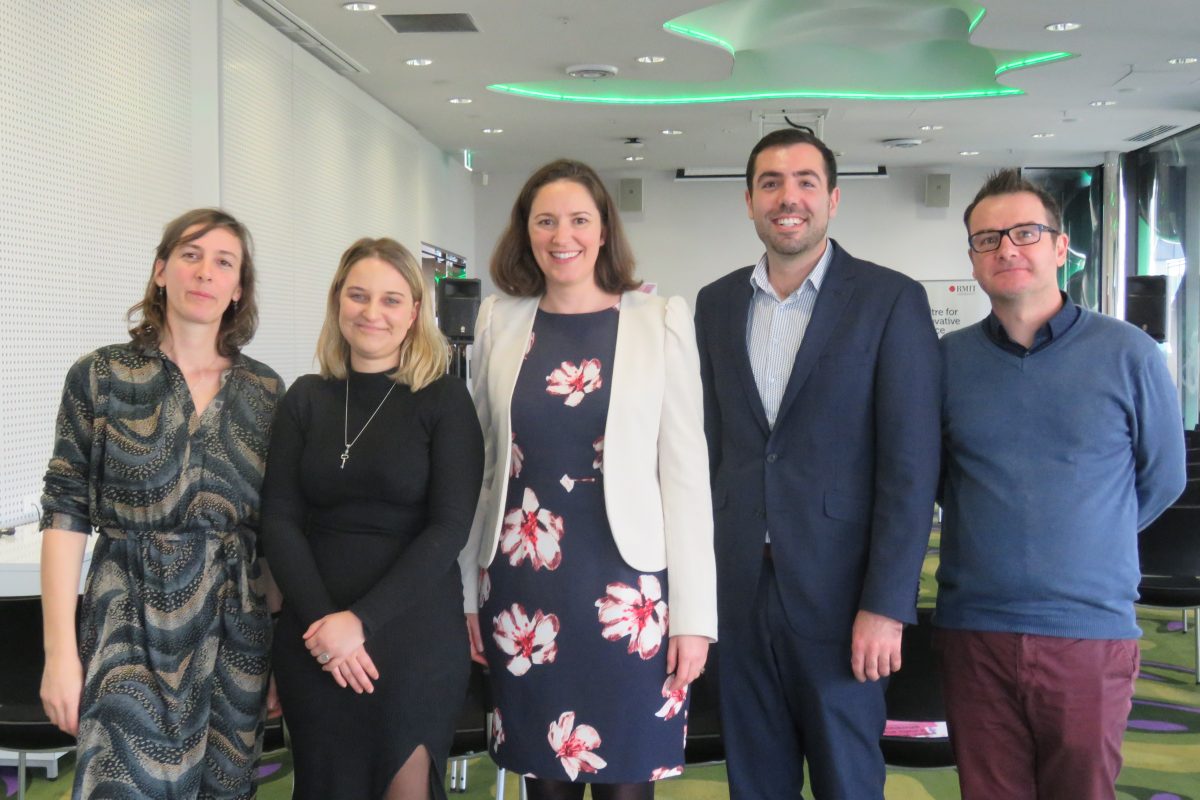 Below the five JD students who undertook this huge task reflect on their time working on this fascinating project:

We considered the potential impacts of a federally legislated Human Rights Charter by assessing how such a Charter would have affected the determination and outcomes of significant Australian cases and laws.

Our initial brief was to take the Victorian Charter (Charter Of Human Rights and Responsibilities Act 2006) as the basis for designing a ‘model’ Charter. Ultimately, influenced by other human rights instruments (for example, the ACT Charter and the UK Human Rights Act) we expanded the Charter to include federally relevant provisions, the right to commence legal proceedings against public authorities on the basis of the Charter alone (which differs from the Victorian Charter in which another cause of action is also required to attach the Charter arguments to), and to seek remedies. Encouraged by our mentors, we decided to draft our model Charter, in order to test it fully. You can view our model Charter at Appendix 1 of our report.

Once the Charter was drafted, we applied the tests within it to the decisions and legislation we had been given to consider, by placing ourselves in the shoes of the Parliament, public authorities (who make decisions in accordance with legislation) and the Courts.

For example, when standing in the shoes of Parliament, we had to apply the following test to the legislation under consideration:

Our mentors, David Manne and Emily Howie, offered insight about how the laws might be applied by a court, urging us to consider international jurisprudence on the scope of particular rights and human rights principles. So while this exercise was an imaginative one, it was grounded in legal theory and precedent, albeit from outside domestic law.

Frank Aloe: I don’t think that I can rate the benefits of this experience highly enough. It provided us the unique opportunity to contribute to a national conversation, and have that contribution be recognised and supported by leaders in the field. All of which seemed well beyond our reach as law students at the beginning of this project.

The project has re-shaped my understanding of my ability to create tangible outcomes through the law. I think that these sorts of projects are genuinely transformative and I recommend anyone with the chance to get involved in a similar opportunity to do so.

Helen Metzger:  In summary, the project was an exercise in: drafting legislation, networking, application of law, human rights, political responsiveness to the law, judicial reasoning, and an extreme process of teamwork. To work with selected students is the best group work one can hope for. Our ability to recognise each other’s strengths and encourage them while working together was great. I came away from the project with absolutely hands-on experience – working with industry professionals, guided by extraordinary mentors, legal skills sharpened and inspired. As with my other placement with the CIJ, the project has changed the direction of my JD and aspirations. I can’t recommend the placements through CIJ highly enough. To be able to properly experience the legal sector before one is graduated is a gift and an opportunity.

Effectively, the Charter asks for transparency, justification, and evidence-based laws. What struck me in the project was how simple that is, and how resistant politics and the public can be to that. For some people, it seems ‘human rights’ are a dirty word – deeply ‘unpopular’ as a concept, despite them being what most of us would expect makes the basis for a valuable and happy life.

Luke Fowler: I was quite surprised at how the introduction of the Charter would not only improve human rights protections for Australians, but also how it would improve transparency and accountability in the law making process. This, in turn would allow the Australian public a clearer understanding of the laws that are being enacted in their name.

This project has shown me that the introduction of a Charter would lead to clearer and less ambiguous laws, which in turn would make it easier for the Courts and public authorities to interpret and administer the law, leading to fewer disputes and fewer lengthy and expensive court cases.

Brigette Rose:   Launching the Charter was fantastic. Professor Gillian Triggs, President of the Human Rights Commission, explained how vital a Charter is to Australia. She had everyone at the launch imagine Australia with explicit human rights protections, rather than an Australia that has to be informed by another country, PNG, that Australia’s asylum seeker detention policies are illegal and breach the right to liberty.

The launch of our federal Charter offered an opportunity to celebrate the wins of the current Victorian Charter, and to emphasise the difference that could be made to everyday Australians if a federal Charter was in place. It was a great day to both congratulate ourselves on the report that we produced, and to strengthen our resolve about why this and other pieces of work like it are so important.

Veronica Snip:  Participating in this project was a really worthwhile experience, way beyond the research and academic skills I gained. This was group work on steroids, and taught me to communicate, debate, assert myself and acquiesce when need be. Not only have we been able to make our mark on the human rights landscape in this country, but we were guided there by inspiring and brilliant leaders in the field. This report was a gargantuan task that we somehow managed to complete, and now makes me sound pretty impressive when I casually slip it into everyday conversation with friends/relatives/strangers. I loved going to the CIJ every week and debating human rights with 4 fellow law nerds and have taken much more out of this than I put in.

The report was launched by Emeritus Professor Gillian Triggs on Friday 12 May.  You can listen to a podcast of the launch here. 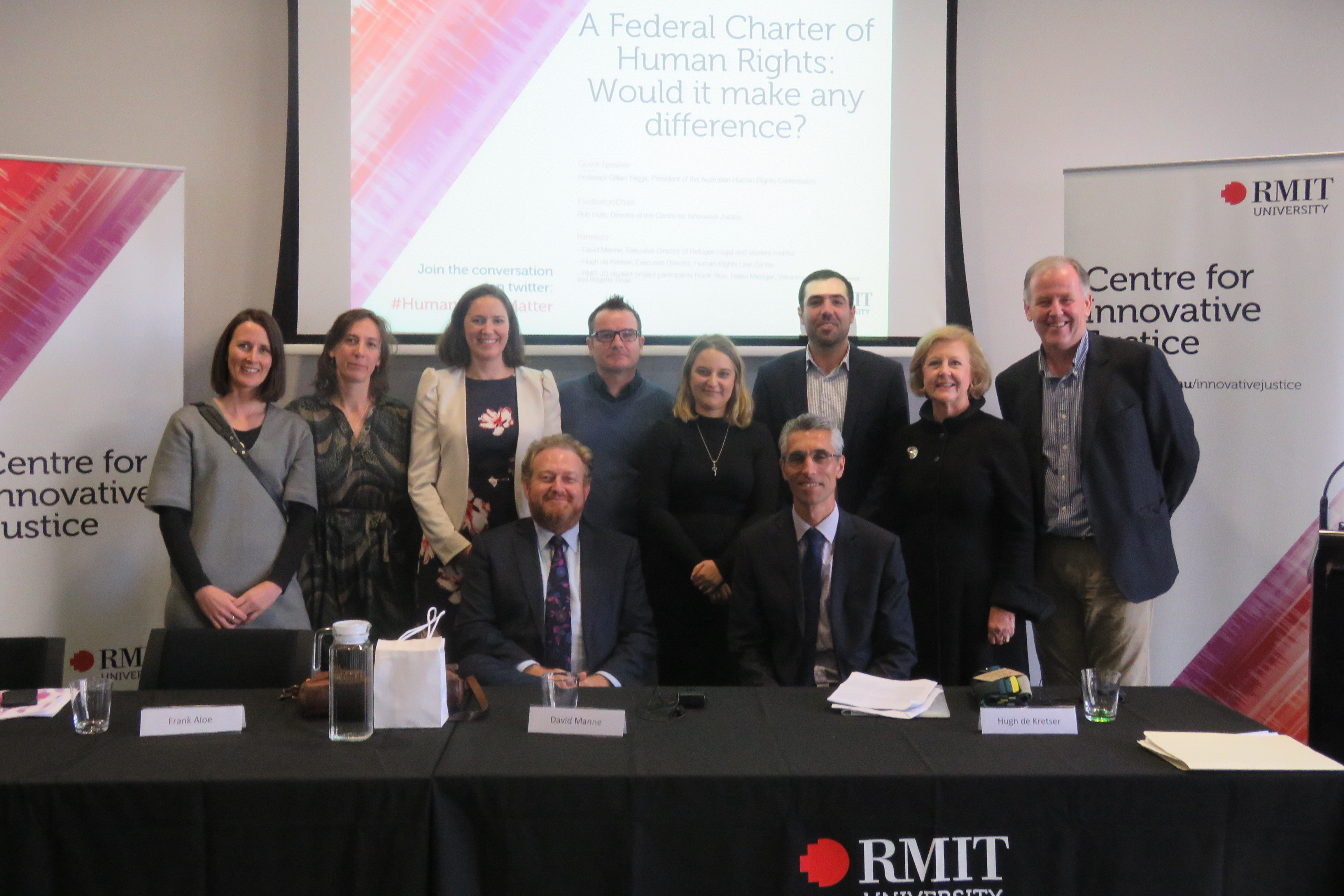