Bringing together and articulating the complexity of perpetrator intervention systems to improve family safety. 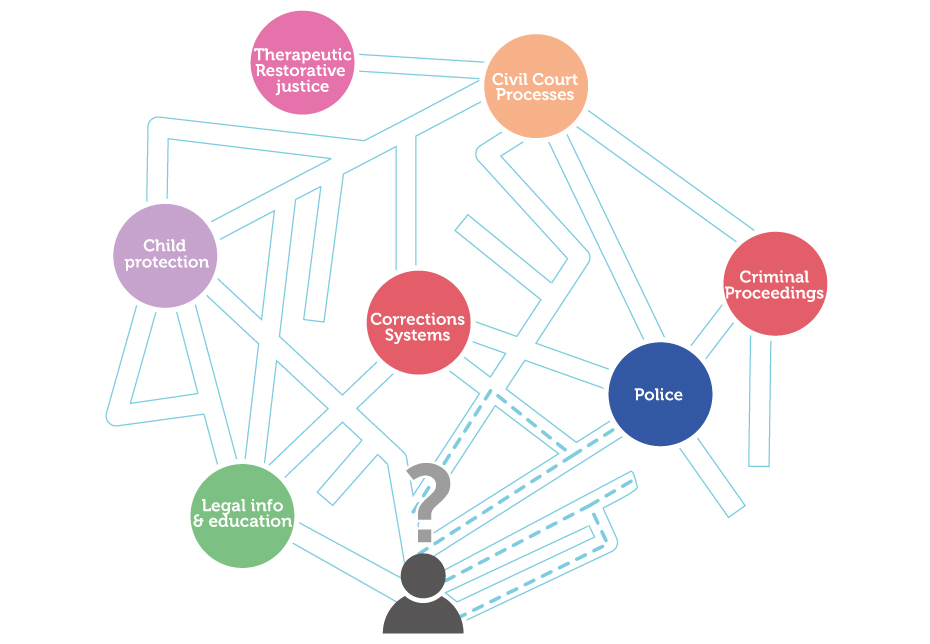 Over the past few years the CIJ has been engaged in considerable work around the perpetration of family violence and, more specifically, effective system interventions. Led by Associate Director Elena Campbell, some of this work has been part of ANROWS-funded research, and some has related to specific Royal Commission into Family Violence recommendations.

In particular, from 2016 to 2018, the CIJ conducted two stages of work to ‘map’ the journeys of perpetrators of family violence through the service system. This work included a first stage to inform the development of the Premier’s Ten-Year Plan to Eliminate Family Violence [Pathways towards accountability: mapping the journey of perpetrators of family violence – Phase 1] and a second stage of work to support the acquittal of Recommendation 85 – ‘Mapping the roles and responsibilities of services and agencies in relation to perpetrator interventions’. (Bringing pathways towards accountability together: perpetrator journeys and system roles and responsibilities – Phase 2).

As a third and final phase of this journey, the CIJ team has built upon this earlier work by collaborating with Stopping Family Violence, the peak body for men’s behaviour change programs in WA, to produce ‘Foundations for Domestic and Family Violence Perpetrator Intervention Systems’. The primary purpose of this resource is to bring together and articulate the complexity inherent in perpetrator intervention systems in a way that individuals who develop, work in and influence systems can consider, use and build upon.

Featuring hypothetical case studies and considerations of emerging approaches both in Australia and overseas, the paper’s aim is to support governments, policy developers and researchers to establish what is needed to facilitate the development of perpetrator intervention systems which can genuinely function as such, rather than as a series of discrete or siloed interventions, and which can increase family safety.

As we release the final phase of this work, Elena Campbell would particularly like to thank Rodney Vlais for the expertise, insight and compassion that he has continually brought to this work. 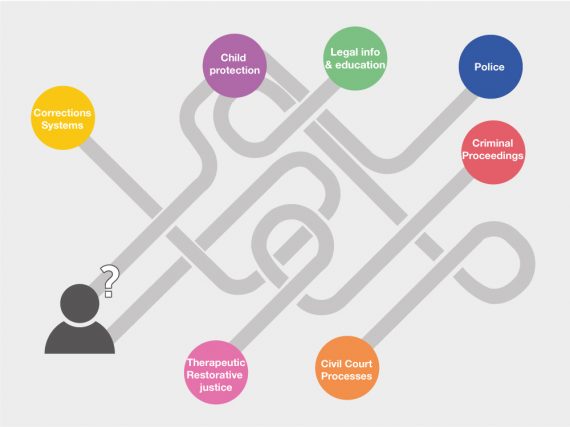 Mapping the journeys of perpetrators of family violence and the roles and responsibilities of services and agencies.